Chances are that by now you’ve already seen the infamous picture of “The Dress”. The Dress became a sensation last night on various social media sites because of a certain peculiarity about the picture. To some The Dress appears black and blue, while to others it looks white and gold. Take a look for yourself: 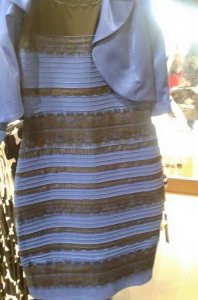 Pull a friend over. Argue about it.

Regardless of which color combination you see, it’s obvious that something downright strange is going on here. There are various theories circulating online about color theory, picture exposure, and human perception, but those are all just theories. So I’ve decided that it’s my job as a product reviewer to get to the bottom of this!

Well, as luck would have it I happen to own a copy of The Dress. Don’t judge me, all right? I bought it for a lady friend whom I was trying to woo (though perhaps a bit futilely). I pulled it out of my closet and called up my good friend Andre. He works as a clothing specialist at JC Penney and also happens to be really into the occult. As soon as I saw this dress I knew there must be some dark witchcraft going on, so Andre’s the guy to call at a time like this.

“I’m telling you man, it’s black and blue,” Andre said as he paced around my living room.

Andre is a big, short-haired black dude with uneven muscle structure. As he walked, his footfalls thudded in an oddly rhythmic pattern. I would have made fun of him for this, but even the smaller one of his arms was bigger around than my head, so I kept my verbal jabs to myself.

I shook my head. “Well I say it’s white and gold.”

We thought that seeing the dress in person would help. That maybe there was just an illusion with that particular picture of it. But no. The dress lay on an ottoman between us and still we bickered about the color.

Andre sat down and began rooting through the large black sack he seemed to carry with him at all times. “Well I’ve got a theory, and I have all the stuff to test it out.” As he talked he pulled forth various items. Red candles, various bits of iron, a cloth doll that looked startlingly similar to Laura Bush, etc. He lay The Dress in the middle of my living room floor and arranged his assortment of knick-knacks around it. And of course he placed them in the shape of a pentagram. 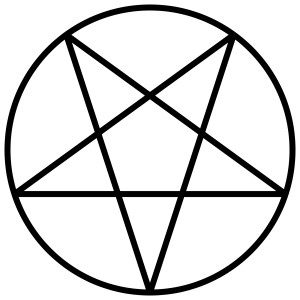 Andre then poured some sort of yellowish-green liquid into two dark spray painted shot glasses and handed one to me.

“Okay, we need to drink this.”

I gave the too-viscous-for-my-liking liquid a scowl. “What is it?”

“Just trust me, would you? It will help us commune with the dark energies that The Dress operates on.”

I sighed. Well, what the hell? Might as well get to the bottom of this. We clinked glasses and gulped the drink down as best we could. It tasted like a mixture of dirt and pus.

“All right,” Andre said, rubbing his hands together so vigorously I was afraid he would start a fire. “Here’s what I think: This Dress is stuck between dimensions, okay? In one dimensional state it is white and gold, and in the other it is black and blue. This dress is stuck between them, in disharmony. You following me so far?”

I gave a quick nod. Mostly I was trying to work the awful lingering taste of that drink out of my mouth, so I was only half listening. Andre rambled on.

“So what we need to do is join the two dimensions in equilibrium. Then everything will be right and the color patterns will restore them to their rightful place. Are you ready?”

I gave another half nod, and Andre began chanting a bunch. It sounded mostly like fake Latin words, but I definitely heard some Spanish and very contemporary English swear words thrown into the mix. This went on and on for what felt like the better part of an hour. I had completely zoned out when suddenly Andre struck a single match.

The dress – it was shifting now. Shimmering, changing color! Suddenly, I could see it as black and blue!

Then things got really weird. The dress changed color again. It was back to white and gold. I blinked, certain that my eyes were just making weird adjustments. But then the color changed again. It was red and sliver now. Then copper and orange. Then gray and slightly darker gray. My tongue was starting to feel fuzzy.

The dress morphed violently now, actually moving. Shifting its very shape. It stretched and contracted at various depths and lengths and altered itself so completely that I no longer knew if I was even looking at the same dress. 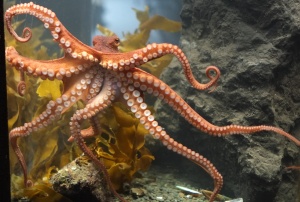 Suddenly, it rose up from the Andre’s pile of clutter as though it had a will of its own. It stood vertical, like an invisible person had grown inside it. I jumped backwards, desperate to get away. It floated toward me, its colors ever shifting and growing.

“Its still hooked in multiple dimensions!” Andre shouted, breaking his chants. “I’m trying to free it, but it doesn’t want to let go!” He quickly went back to his undecipherable muttering.

The Dress, perhaps perceiving Andre as the threat now, spun away from me and moved on him. Andre, busy with his furious chanting, made no motion to get out of the way. The Dress was almost upon him now, its intent clearly murderous. I panicked, and in a heroic lunge of self-sacrifice, I threw myself at the phantom Dress, tackling it from behind.

I fell to the ground far more lightly than I expected. I lay there for a moment, waiting for the dress to move in for the kill. But nothing happened. Andre had even stopped chanting. I moved to look at him, and instead saw a whole bunch of cloth. I tried to push myself up, but sort of just wiggled around a little. Then I realized that I did not have arms. Or a torso. Somehow, I managed look down at myself and take it all in.

Oh Christ, I was The Dress!

My body had evaporated into who the hell knows what dimension, and now my soul (or whatever) was trapped inside of the stupid goddamn dress. I started screaming (somehow) and flailing around as much as I could.

Soon, I realized that Andre had also been turned into an identical copy of The Dress. He lay on the floor a few feet away from me.

“What are we, Andre?” I shouted, my sleeve hole flapping in a crude approximation of a mouth. “Oh sweet Christ, what are we?!”

“We can work this out, okay? I need you to focus.”

“Goddamn it, Andre, I can’t go through life like this! Not as girl clothes! I have enough misgivings about my masculinity as it is! Why couldn’t we have been turned into rugged jeans or something?”

The small pile of laundry that was once Andre shouted at me, “Kevin! What color am I?”

“Man, come on. I don’t think race really matters at a time like this.”

His lacy frills rustled at me in annoyance. “No, idiot, what color am I literally right now? What do you see me as?”

I squinted, or at least I thought I squinted. I had no muscles anymore, just the vague sense of “being” that would evidently be my consciousness now that I was an anthropomorphic garment.

Dress-Andre whooped with glee. “So are you! Kevin! It worked! We fixed The Dress. Everything is going to be okay now. We’ve combined the dimensions. The colors are as they should be. All is well.”

We lay there for a moment.

He wrinkled thoughtfully. “Right, right. That’s the next order of business.”

“Andre,” I said. “What was in those glasses you made me drink?”

“Oh that? That was just some really concentrated liquified Mescaline. I figured it would take the edge off.”

There was a pause.

“So none of that actually happened, then?”

“Well, we probably won’t really know for another four to six hours. Then maybe things will make sense.”

I sighed as well as a sentient dress could. “Cool.”

Kevin is a college dropout turned success story. With his unwavering critical eye and willingness to try new things, Kevin is the perfect product tester. Appliances big and small, Kevin Harper has tried them all! He enjoys long walks on the beach and maxing out his company credit card to get free things. In fact, he buys so many more products than he could ever hope to review that one would almost think that he is soon to be on the receiving end of some disciplinary and/or legal action from his superiors! Ha ha! We have fun here. 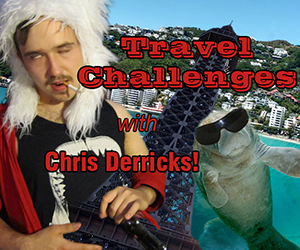 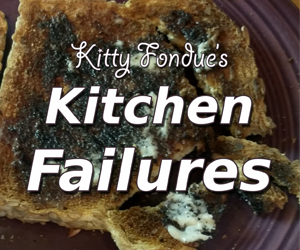 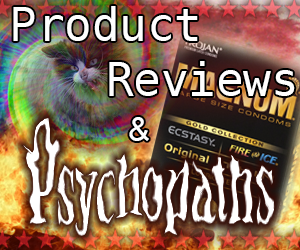 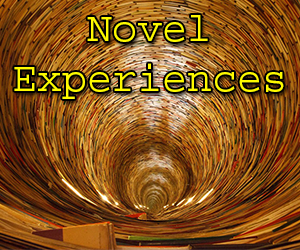